Every Charlottesville resident has their favorite resource to find out the latest news on weather, school closings, traffic accidents and local events. Some people find that radio is the best in the early morning or mid/late afternoon as they are already in their cars heading for school drop-offs and pickups, a quick coffee meeting before […]

How Best to Handle a Deer Encounter While Driving As many Virginia drivers already know, navigating local roads usually has the added element of necessary deer watching built right in as evidenced by the plethora of yellow “Deer Crossing” signs about. Everyone has near miss or accident stories – even in the city of Charlottesville […] 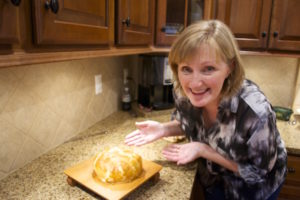 For most agents, Fall means that the real estate market slows a little.  So what do we do with a little extra time on our hands? We take advantage of it by having a party for our friends and colleagues. This year was no exception and we had a wonderful time. Betty, my wife, loves to cook up […]

When it comes to selling a home – whether it be because you are moving for a job, downsizing or have finally found your perfect dream home and you need to sell the one you’re in to make it work – having your Solutions agent by your side to help you through the process can […]

A group of Harvard researchers has named Charlottesville the “happiest city” in the country- July 2014. According to the Harvard Gazette, the researchers used a life satisfaction survey and looked at health data to rank the locations. Charlottesville led the list, followed by Rochester, Minn., Lafayette, La., and Naples, Fla. The cities ranked “unhappiest” included […]

President Obama will be touring Monticello, home of Thomas Jefferson, this monday with visiting French President Francois Hollande. Jefferson’s home, Monticello, which overlooks Charlottesville VA, is not only a wonderful tour, but it is also a step back in history since Jefferson was the Ambassador to France from 1784-1789. When one tours Monticello, they will see several […]

2013 Forth Quarter – End of Year Numbers Our Charlottesville Area Association of Realtors has just released the latest report showing stats for sales in our area, 2013 4th Quarter. This report comes out Quarterly and gives us a good idea of the current Real Estate Market in the greater Charlottesville Area. The specifics are […]

The Resolution On Monday, Charlottesville city passed a resolution which,  “calls on the United States Congress and the General Assembly of the Commonwealth of Virginia to adopt legislation prohibiting information obtained from the domestic use of drones from being introduced into a Federal or State court,” and “pledges to abstain from similar uses with city-owned, […]

UPDATE: PeachMac is Here! PeachMac contact number: 434-207-5500 ~ PeachMac is coming to Charlottesville No more driving to Short Pump to get Apple products or to have repairs done on our Apple devices, this is fantastic news for all of us in Charlottesville! My friends and clients, Darryl and Anne Peck, will soon be opening a new […]

Welcome to IMAX Charlottesville We have all been waiting a long time for the new IMAX theater to open in Charlottesville and it has finally happened. We were talking about the New Charlottesville IMAX Theater almost 2 years ago. You can buy tickets on-line for the showing off the new James Bond movie, Skyfall. This film is specially formatted for […]

For those who know and love Charlottesville, or even those who are just starting to call our beautiful city home, we’re about to celebrate Charlottesville’s 250th Birthday! For more details on how the city is celebrating – from exhibits and concert events to a civic ceremony on the actual date, Nov. 12, 2012 – please visit: Celebrate […]

Our 2012 Autumn party was one of the best yet. The weather was perfect and mother nature had outdone herself decorating with all the rich colors of autumn, creating a perfect backdrop. Add to that good food, great company and you have that just right combination for a good time. So often we just don’t […]

The folks in Charlottesville make a pastime of enjoying great food and are waiting with anticipation to sample the fare at the new restaurants going in at The Shops at Stonefield. Edens development, a leading national retail real estate developer, has given careful consideration to what the local residents might find desirable in both shopping […]

Our real estate market in Charlottesville Virginia is certainly holding its own this year and there is a distinct improvement over last year. There are so many factors that affect home sales. The Fed, the election, the Presidential debates, jobs, tax rates… the list goes on and on. Most of these things are outside of our direct control. […]

When we first moved to Charlottesville, it was because we were looking for a better quality of life. We wanted four seasons, low crime, smaller town feel, excellent schools, exceptional health care and fine dining. We also wanted a healthy place to raise our children and certainly found this in Charlottesville. What is interesting is […]

Many of my clients build with me, and, in fact, it’s a large part of my business. Since my background is in engineering, I feel right at home in the design phase and the selection of a proper home site, not to mention planning out all of the details. My Background I can remember a […]

Today is Match Day at UVA This is the day when over a hundred medical students at the University of Virginia will find if they are accepted! It is truly a fantastic day for these hard working students who have spent 8 years getting to this moment. Several months ago students picked their top choices […]